When it comes to fashion, it seems as if there are opinions regarding the supposed – and often elusive – rules of menswear derived from a multitude of sources who report on the exotic phenomenon as if a game warden looking to track and capture an Haute couture yeti. With recently published reports in the Wall Street Journal and a rebuttal from the ornery crew at Four-Pins, the rule book continues to be a hot-button (only one button should be unbuttoned on an Oxford) issue. The reason? A definitive style guideline doesn’t exist because there’s no human being – real or fictional – with enough moxie or bravado to dictate how one should live his/her life? Or is there? Ladies and gentlemen, I give you Tyler Durden.

There comes a moment in every person’s life when they contemplate their existence in a world that tells them that free will exists, yet they’re spoon-fed everything they’re supposed to do. Call them hints. Call them Flintstones vitamins-sized pieces of propaganda that scrape against the walls of their throat when they try and swallow. It was some years back when I told that splintered, Ikea-ordering freak that “the things you own, end up owning you,” but it seems like nobody was listening. Well, I’m only gonna do this for you once.

1st Rule of Fight Club: You do not talk about FIGHT CLUB.
1st Rule of Menswear: You Can’t be RIGHT about MENSWEAR

2nd Rule of Fight Club: You DO NOT talk about FIGHT CLUB.
2nd Rule of Menswear. You CAN NOT be RIGHT about MENSWEAR

I am Jack’s uninspired originality. I once took pride in my hand-blown green glass dishes with the tiny bubbles and imperfections, proof they were crafted by the honest, simple, hard-working indigenous peoples of wherever. As I slowly released my emotional attachment to those things – those fuckin’ things – I came to understand that putting yourself out there isn’t the sin, it’s believing that anyone cares. We’re not a nation of great orators looking to cure the real troubles of our time, we’re whiners propped up on an imaginary soapbox (Bradford. Zipcode 19808).

3rd Rule of Fight Club: If someone says “stop” or goes limp, taps out the fight is over.
3rd Rule of Menswear: Certain trends NEED to die.

Certain things die off for a reason. Let ‘em fester. Leave ‘em for the maggots. Looking at items with a certain adoration simply because they existed in an era where certain cultural mouthfuls were better doesn’t mean they’re due for a cashmere exorcism. Time heals all unless you keep prodding at the open wound with that fleshy nugget you call a tongue. Remember Robert Paulsen, not dad jeans and cornflower blue fanny packs. I say stop being perfect, I say let… let’s evolve, let the chips fall where they may.

5th Rule of Fight Club: One fight at a time.
5th Rule of Menswear: Have that one piece you feel like a million bucks in.

Never underestimate the power of a singular realization. You wake up at Seatac, SFO, LAX. You wake up at O’Hare, Dallas-Fort Worth, BWI. Pacific, mountain, central. Lose an hour, gain an hour. This is your life, and it’s ending one minute at a time. You wake up at Air Harbor International. If you wake up at a different time, in a different place, could you wake up as a different person? The same can be said for putting on a sturdy leather jacket or a pair of loafers you would have no problem getting a little blood on.

6th Rule of Fight Club: No shirts, no shoes.
6th Rule of Menswear: They’re ONLY shirts and shoes.

What would you think about if a pistol was pressed firmly to your head? Your Air Jordan III’s? The Givenchy Rottweiler T-shirt? No. Those things ultimately don’t fuckin’ matter. Advertising has us chasing cars and clothes, working jobs we hate so we can buy shit we don’t need. Who cares if your shoes have never left the box when you’re about to be in one.

7th Rule of Fight Club: Fights will go on as long as they have to.
7th Rule of Menswear: Respect the veterans.

We are consumers. We’re the bi-products of a lifestyle obsession. Despite my best intentions at eliminating the excess – kinda like lancing a boil – the defeatist in me understands that if this supposed “menswear machine” is one that never runs out of petrol, you may as well follow the caravan of drivers who won’t steer you off a cliff.

8th Rule of Fight Club: If this is your first night at FIGHT CLUB, you HAVE to fight.
8th Rule of Menswear: Fashion shouldn’t consume you.

I can see your blank faces that are calm as Hindu cows. That’s right, fashion shouldn’t consume every single morsel of your spirit. Like an old friend once said to me, “I’ve got a stomachful of Xanax. I took what was left of a bottle.” It might have been too much.” Ya’ always gotta hold back a little or you’ll end up overdosing.

Alec Banks is a Los Angeles-based writer who has written for Esquire, Details, Maximand Playboy in the past. He has no knowledge of Project Mayhem. Follow him on Twitter @smart_alec_
Big thanks to Highsnobiety 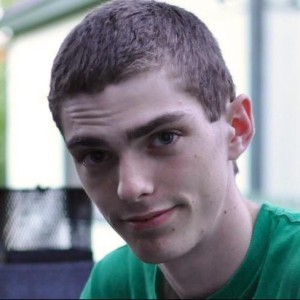